Although the Acadians raised cattle, sheep and pigs they themselves did not consume a lot of meat, but they did consume fish, they would have had access to smelts, eel and mackerel, the fish would have been either braised, poached or boiled. The men also hunted game.

I’m sure that salmon would have made its way ono their table but I’m not sure that egg sauce would have been served with it. Some of the first Acadians to NS came from France but I suspect this recipe did not come with them.

My mother made this in the eighties, around that time it was also THE dish to order in restaurants as well. It’s both simple and elegant. 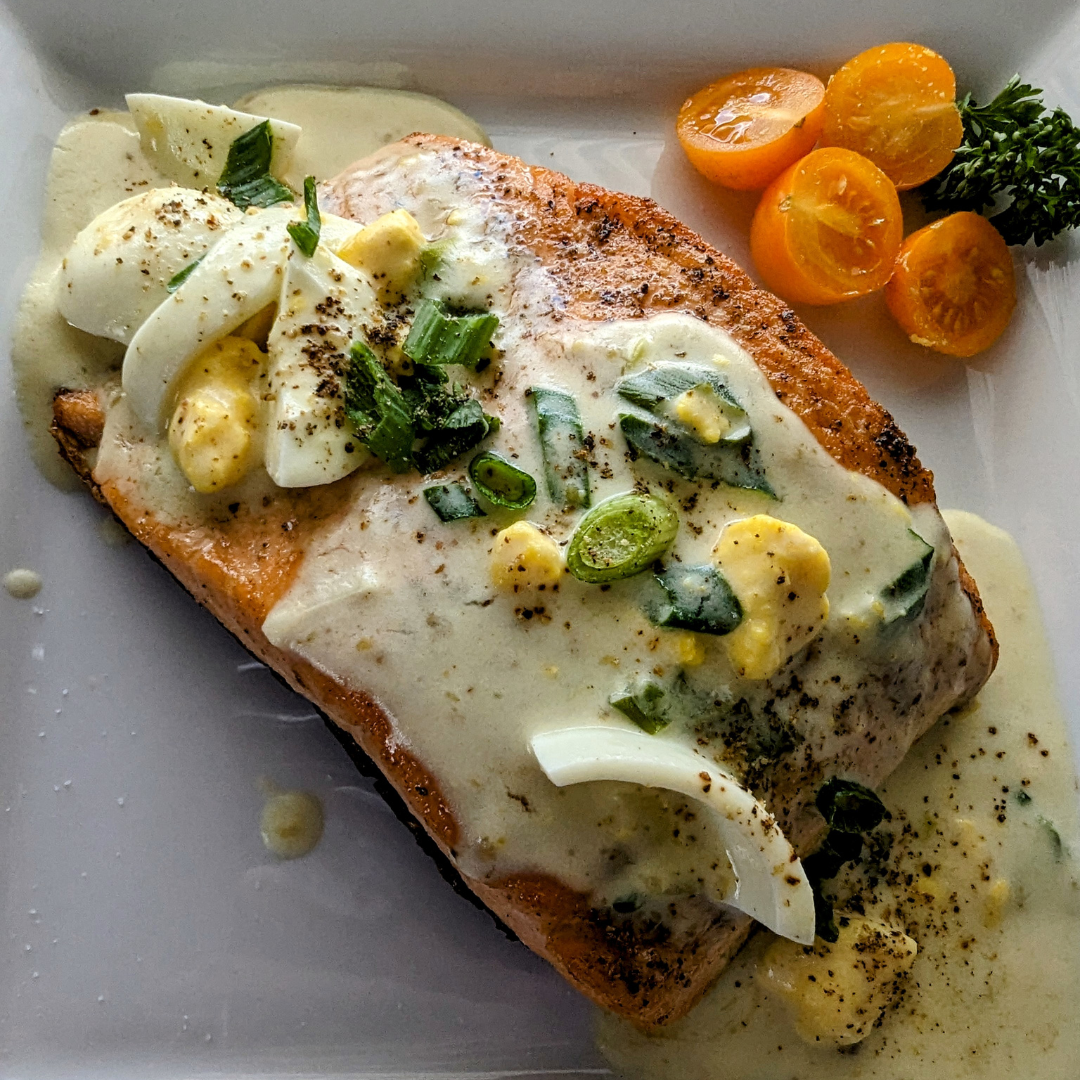