When I was growing up we were strongly influenced by two cultures, the Acadian and Quebecois. The Acadian because it was so prevalent in northern New Brunswick and Quebecois because we lived so close to the boarder.

Many of my childhood memories are directly related to food and how it brought us together as a family. My grandmother often had dinners at her home and the dessert was almost always the same. Pouding au Chomeur. The reason I mention the two cultural influences is because pudding au chomeur was widely adopted by the Acadians but is originally from Quebec where it was invented by female factory workers during the great depression. It is a simple dish with basic ingredients usually found in the pantry which suited most of the working class families because there was little or no money to buy “fancy” ingredients. In case your French is a little rusty pouding au chomeur translates to pudding of the unemployed or pudding of the poor!

The dessert was originally made by placing liquid consisting of maple syrup, brown sugar and water in the bottom of a baking dish and dropping dough on top although if times were especially tough stale bread could be used as well. The liquid comes up over the sides of the dough and forms a lovely caramel on top and bottom. I prefer eating the pudding with vanilla ice cream but a dollop of whipped cream is nice as well. 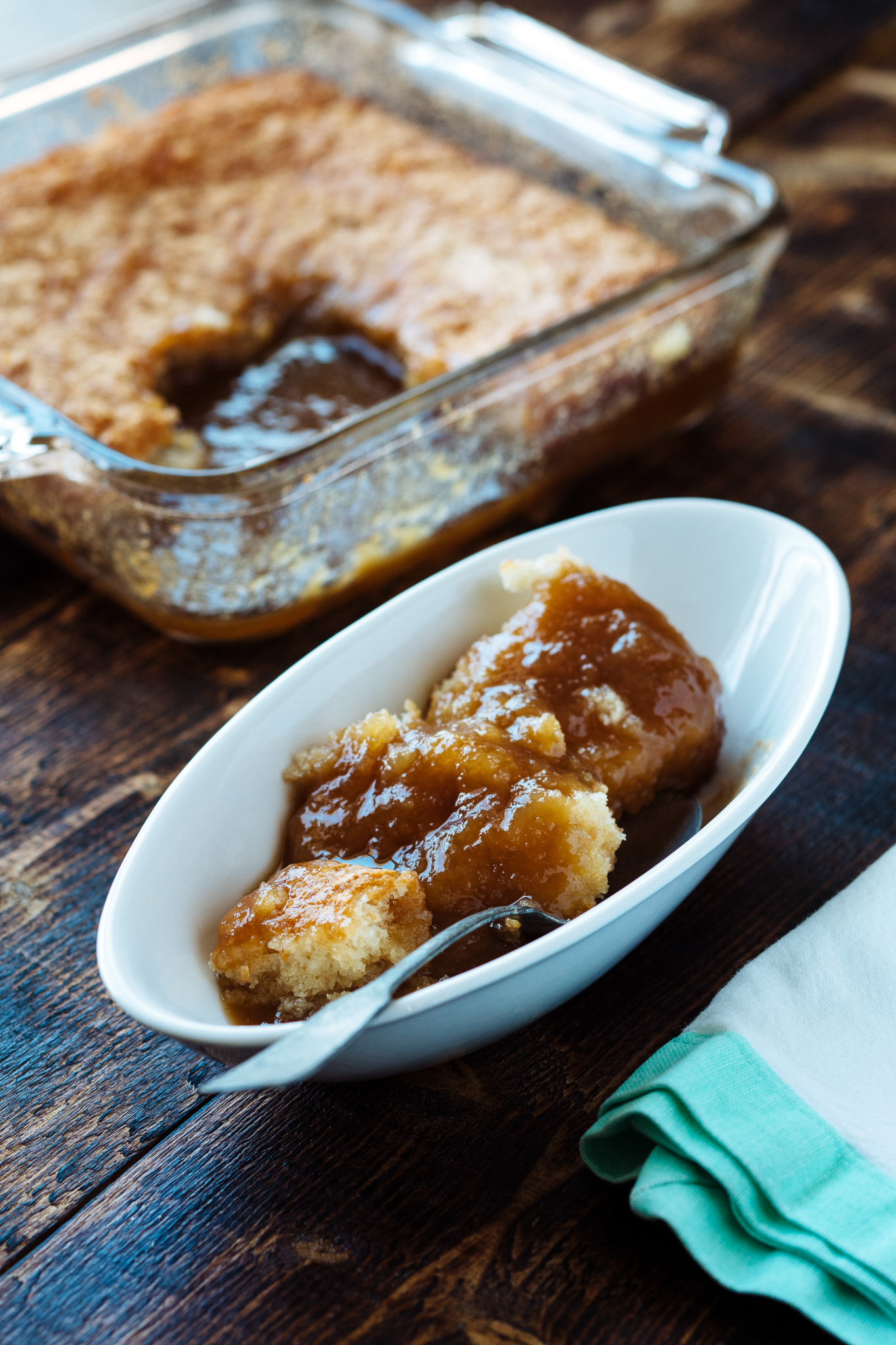 A simple, rich dessert with basic ingredients usually found in the pantry that pairs great with creamy vanilla ice cream.