This could well be the ultimate Christmas dessert!

Flavorful, spicy, gingerbread, wrapped around a cinnamon cream cheese filling and served with a delectable eggnog whipping cream. Cream. What is not to love? Please do not be intimidated by the sponge, it really is not that difficult to make, the trick is to have a light hand when folding in the egg whites. 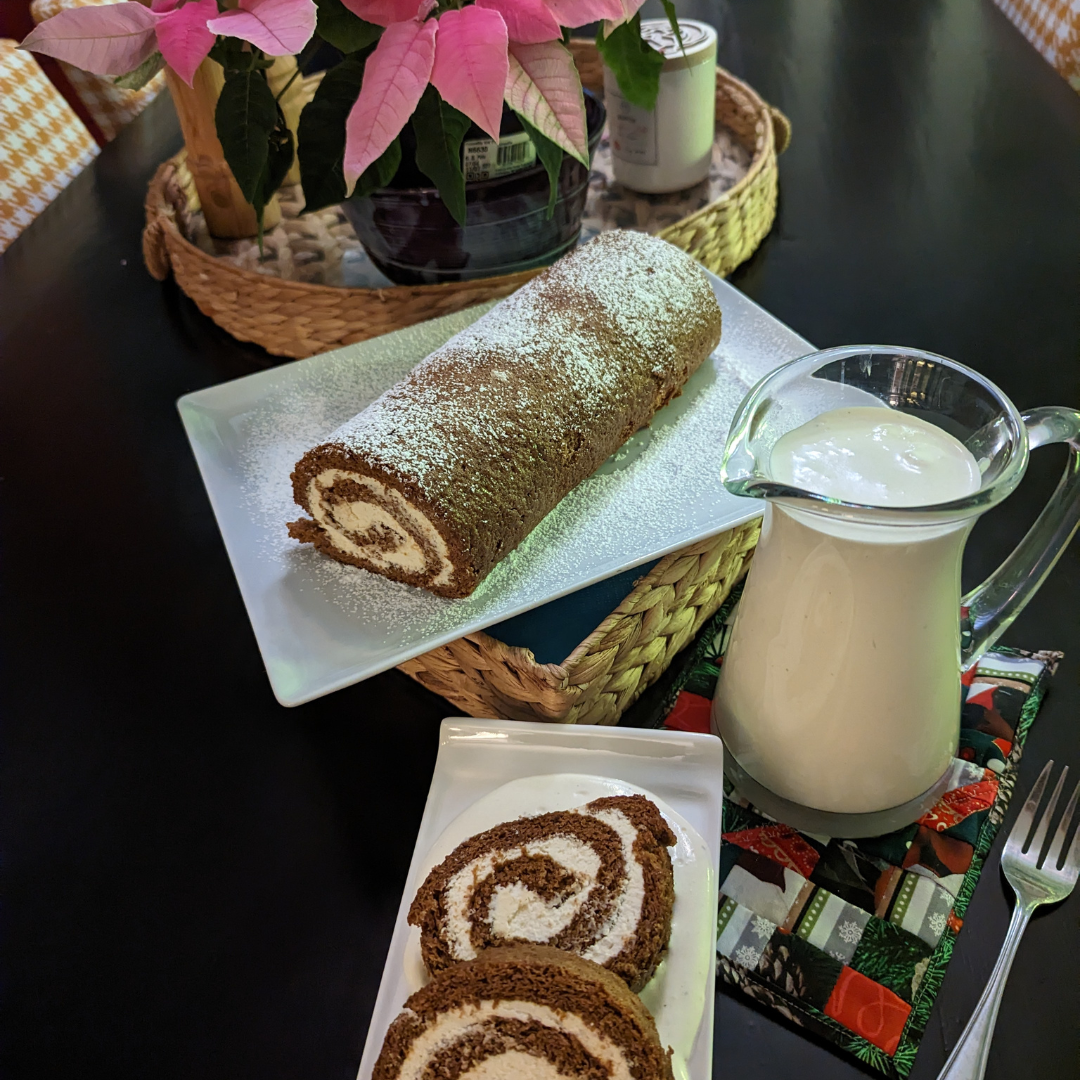