Almost anyone who has grown up in the Atlantic Provinces has, at one time or another, sat down to a “feed” of bologna hash. But not all bologna is created equal, many are full of fillers and additives, make sure that you are choosing a “clean” bologna like the one that we are using. Made at The Pork Shop ( locations in New Glasgow and Denmark NS) this bologna is made with strictly pork, no mystery here. Check out their web site and if your in the HRM you can place an order and pick it up in the city! 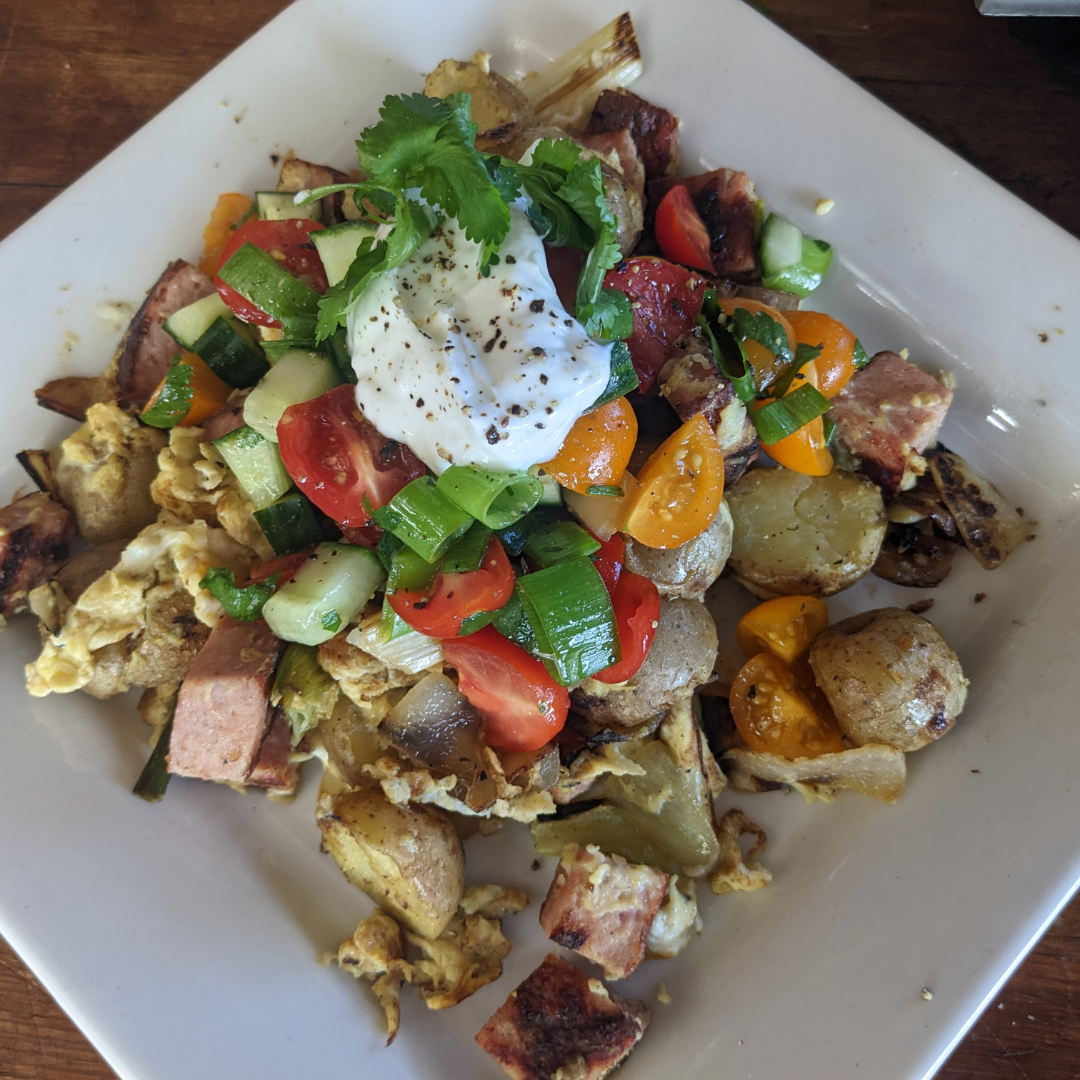